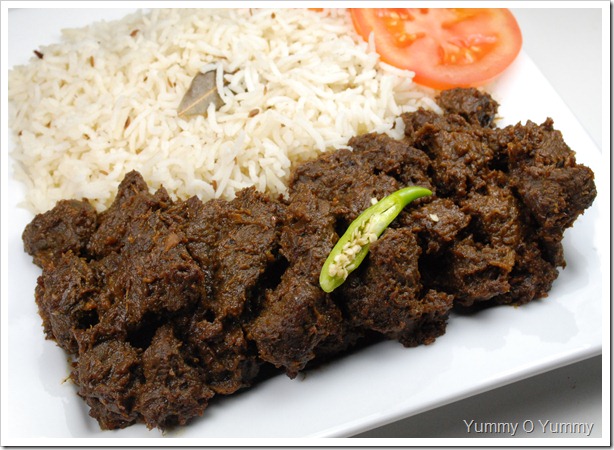 Vindaloo or vindalu (Konkani) is a dish originally from Goa, India. The term vindaloo derives from the Portugese dish “Carne de Vinha d’ Alhos”, which is a dish of meat, usually pork, with wine and garlic. The dish evolved into the vindaloo curry dish when it received the Goan treatment of adding plentiful amounts of traditional spice and using malt vinegar instead of red wine.Alternate terms are vindalho or vindallo. Restaurants often serve this dish with chicken or lamb sometimes mixed with potatoes. Traditional vindaloos do not include potatoes, the discrepancy arising because the word “aloo” means “potato” in Hindi.

Vindaloo is a popular dish in many parts of India. The dish has gained popularity in Britain, Germany, the Middle East, Canada, Australia, New Zealand, and the United States, where it is almost universally featured on Indian restaurant menus. The Vindaloo served in western restaurants is really just a version of the standard “medium” restaurant curry with additional chilli and including potatoes. It is one of the hottest dishes available on the menu where it is served.

2. Put the cumin seeds, dry red chillies, pepper corns, cardamom seeds and mustard seeds into a spice grinder (or a mortar and pestle) and grind to a fine powder. 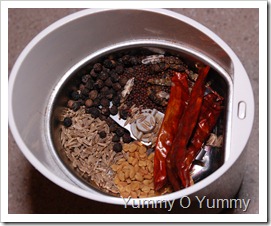 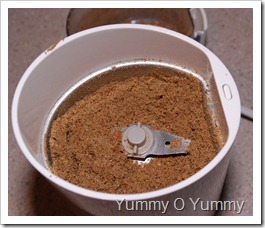 3. Spoon into a bowl, add the sugar and white wine vinegar and mix to a thin paste. Heat 1 tbsp oil in a large heavy pan and fry the chopped onion for about 10 – 15 minutes adding little salt.

4. Put the onions and spice mixture into a blender or food processor and grind to a coarse paste. 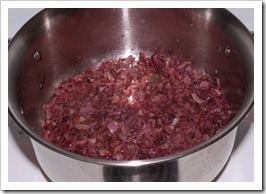 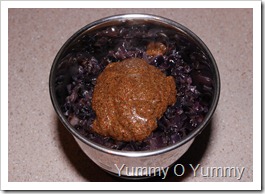 4. Heat the remaining oil in the frying pan and fry the meat cubes for about 10 minutes until lightly browned. Remove with a slotted spoon. 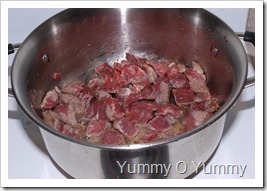 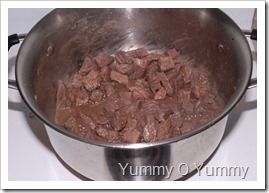 5. Add the ginger and garlic to the oil remaining in the pan(you can add a little more oil if you want, the pan will still have the meat juices that oozed out from the beef, that’s okay). Fry for 2 minutes. Stir in the coriander powder and turmeric powder. Fry for a further 2 minutes.

6. Add the spice and onion paste and fry for about 5 minutes.

7. Return the beef cubes to the pan with 1 1/4 cup / 300 ml water. Cover and simmer for about 1 – 1 1/2 hours or until the meat is tender.Remember to stir in between so that the gravy would not stick to the bottom of the pan. Serve with plain rice, jeera rice or chapatis. 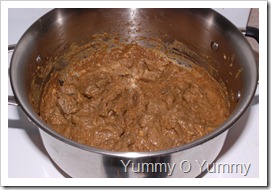 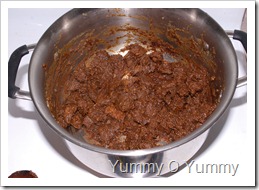 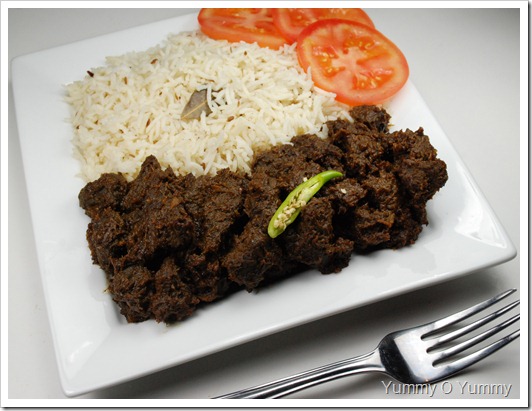