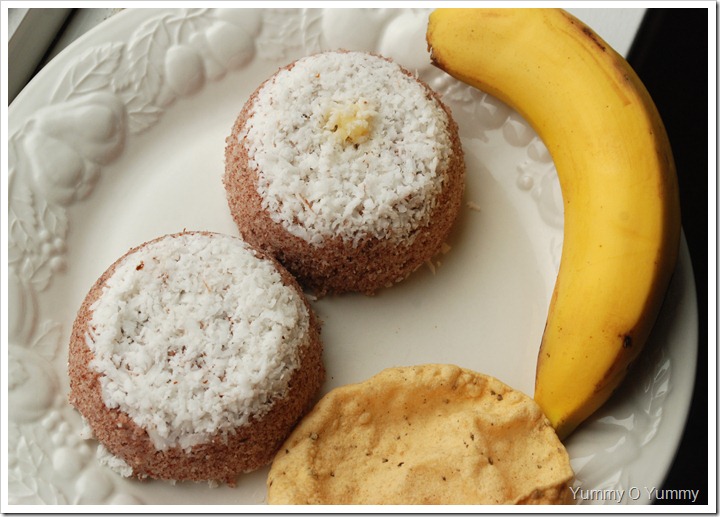 1. Fill a pressure cooker or puttu kudam with one-half water. Close with its lid and bring to a boil.

2. Mix around 1 cup water with enough salt. Sprinkle the water on the puttu podi and mix well with your fingers without forming any lumps, until the puttu podi becomes moist. Be careful while mixing, it should not turn into a dough. The final mixture should be in a powdered form, but wet enough for steaming. To check the consistency, grab a handful of the wet rice flour and press it. If it holds shape, but crumbles when pressed again, then the consistency should be right. If there are lumps in the moistened rice flour, pulse it in a blender. Also for an extra taste, you can add some grated coconut. When the rice flour is dampened, set aside for 5 – 10 minutes.

2. Put the small steel plate with holes inside the puttu maker mould. Fill the puttu maker/mould with 1 – 2 tbsp grated coconut. Now add the puttu podi  ( just loosely fill it with rice flour, do not press). Top with some more grated coconut and repeat until the mould is filled. The top layer should be that of grated coconut. Cover with the lid. Place it on top of the pressure cooker / puttu kudam when steam starts coming out. Steam cook for about 7 – 9 minutes or until steam comes profusely through the small holes on top of the puttu maker lid. Take out the mould and invert it into a serving bowl / casserole. You can use a spoon / pappada kambi to push the puttu out of the puttu maker. It tastes best with kadala curry, spicy egg curry, cherupayar/ muthira curry, cherupayar and pappadam, pazham, ghee and pappadam, ethakka varattiyathu, sugar etc.

1. If there are a lot of lumps while mixing the rice flour with water, pulse it in a blender before filling the mould.

2. In some parts of Kerala, 1/4 tsp cumin seeds (jeerakam) and 3 – 4 sliced pearl onions is added while preparing the puttu mix, to give an extra taste and aroma to puttu.

3. If the puttu becomes dry over time, sprinkle some water and microwave it.

4. If you are making this in a chiratta puttu maker, you need to steam it only for about 4 – 5 minutes. 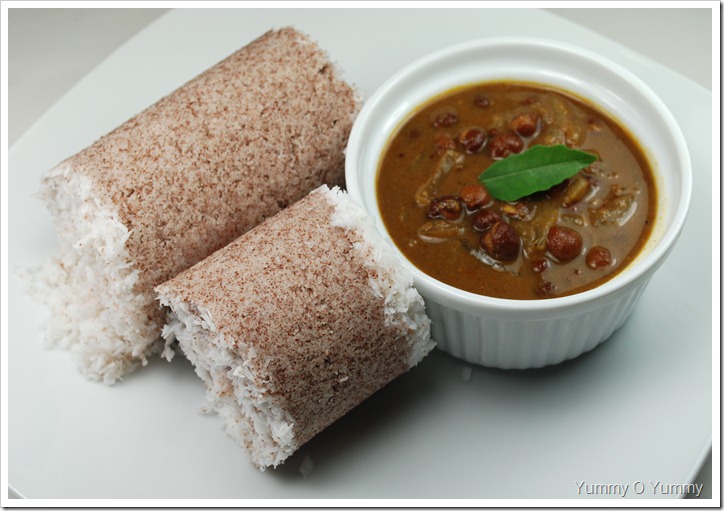 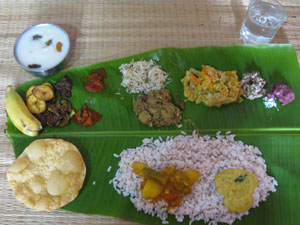